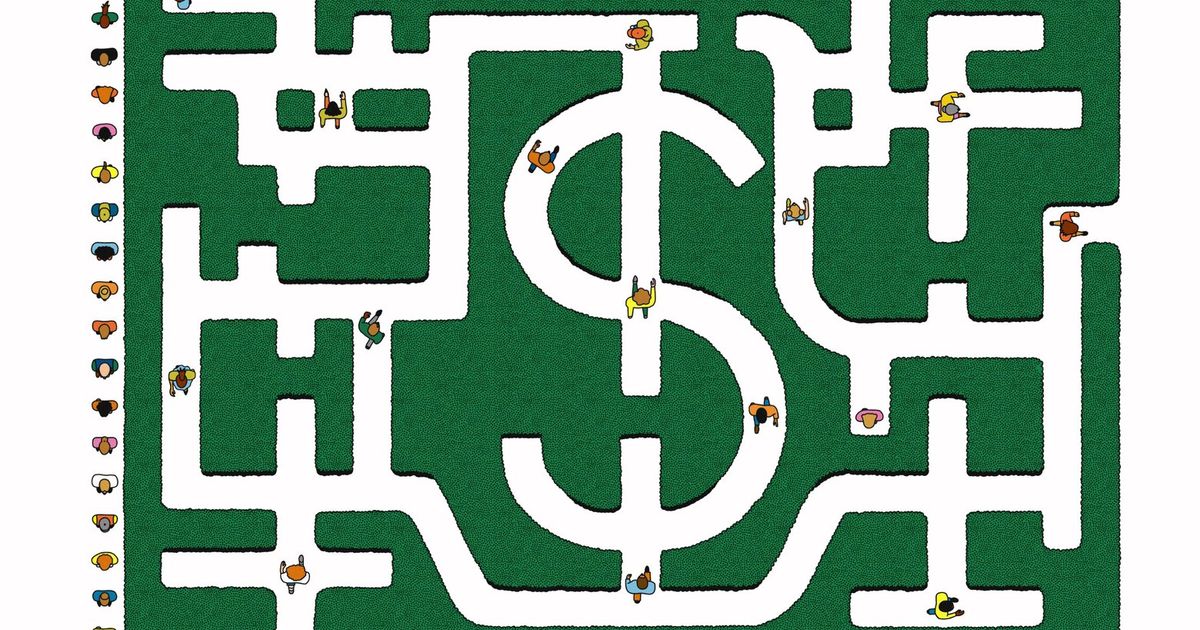 7 million bad student loans with no way out, for anyone

With 45 million borrowers who owe it a total of $1.6 trillion, the Federal Department of Education is effectively the largest consumer bank in the United States. And like any bank, it sees some of its loans go bad when borrowers can’t pay.

But unlike any other lender, the federal government keeps these bad debts in perpetuity.

There is no easy way for the department to cancel these loans, and student debt is nearly impossible to eliminate in bankruptcy. Over the years it has piled into a huge problem: more than 7 million people, 1 in 5 borrowers with payments due, have defaulted and failed to pay, sometimes for decades. These borrowers live under the shadow of punitive collection tactics while the government throws good after bad.

Now, the student loan freeze that began at the start of the pandemic gives the government its best chance in a generation to fix the problem. Before the break ends, the Biden administration plans to offer defaulting borrowers the opportunity to restore their loans to good standing. This will allow these borrowers to access payment plans that they can actually afford.

Proponents see the new move as a way to deal with badly lapsed debt — especially if paired with the kind of large-scale loan forgiveness President Joe Biden says he is considering. If Biden used executive action to cancel $10,000 per student debt borrower, he would wipe out the balances of more than 4.6 million people who were behind on their payments before the pandemic, Education Department data shows. sent to Congress last year.

Long-standing debts are a quagmire for both borrower and lender. Those who have taken out loans they have little hope of repaying are cut off from other forms of credit and are sometimes pushed into poverty by government collection efforts. And those efforts — seizing paychecks, hiring private debt collectors, and confiscating tax refunds and Social Security payments — don’t necessarily pay off, sometimes costing the government more than it brings in.

“At some point, any other lender would have canceled many of these loans,” said Persis Yu, policy director for the Student Borrower Protection Center, an advocacy group. “But the way the federal student loan system works is we don’t do that, and we keep these essentially bad debts on the books.”

“There are late fees and all that they add up over the months and years,” she said. “The initial loan was not that big, but now it’s impossible.”

Rivera was working as a receptionist when she enrolled at the Mandl School, a for-profit school in Manhattan, to train as a practical nurse. But the education was poor and Rivera, who has struggled since childhood with medical problems, had his studies repeatedly interrupted by hospital stays.

She eventually graduated, but when it arrived in the mail it listed her field of study as ‘receptionist’ – the job she had when she enrolled. Without telling her, the school decided she hadn’t met her nursing requirements and changed the program, she said.

Rivera fell behind on her payments and ill health caused her to become a Social Security invalid in the early 2000s. Her attempt to cancel her debt through a relief program with a permanent disability was rejected due to what her attorney, Johnson Tyler of Brooklyn Legal Services, suspects was a technical error: her form was signed by a medical assistant instead of a doctor.

So when the pause on student loan repayments ends, the government will again seek to garnish $90 from Rivera’s $840 monthly disability check.

Defaults on student loans rose steadily every year before the pandemic, peaking at $172 billion owed by 8 million borrowers. The pause in place since March 2020 has, for the first time, halted these collections and broken a cycle that even auditors and internal government watchdogs have called deeply dysfunctional. A 2016 report by the Government Accountability Office found that government seizures of social security checks from older borrowers were pushing tens of thousands of people into poverty each year.

“It’s a life sentence, literally. They will continue to take the money until you die,” said Abby Shafroth, an attorney at the National Consumer Law Center.

The best solution for many defaulting borrowers would be an income-based payment plan, which can give low-income people small payments — as little as $0 a month — and wipe out any remaining balance after 20 or 25 years. But people in default are not normally allowed to go straight to such a plan – one of many bureaucratic hurdles that make it difficult for even motivated borrowers to remedy a delinquent loan.

The Biden administration plans to remove this obstacle.

Ahead of the restart of payments – which is scheduled for September, although Biden is expected to postpone the date again – the Department of Education plans to reinstate all 7.5 million borrowers with loans defaulted and remove the black mark from their credit reports, according to a ministry official who spoke on condition of anonymity to describe plans that are still being finalized. The administration hopes many borrowers will take advantage of this opportunity to sign up for income-based payment plans, the official said.

Borrowers would not be the only beneficiaries; delinquent loans are also a problem for the government.

Federal student loans are exempt from the statutes of limitations that apply to most other consumer debt, and they are rarely discharged in bankruptcy. The government has a protocol for declaring certain debts uncollectible, using rules known as the Federal Debt Collection Standards, but lawyers and experts said they had never heard of student loans being eliminated through that. The Department for Education said it could not provide data on whether it had ever canceled loans in this way.

Before the pandemic, the department spent hundreds of millions of dollars each year paying private debt collectors to sue borrowers. In 2017, the last full calendar year for which data is available, they recovered around $10 billion.

But sometimes their fees eclipsed their recoveries: An analysis by the Consumer Financial Protection Bureau found cases where collectors received up to $40 for every dollar they brought in. (The Department of Education ended its collection contracts in 2021 and said it expects its regular loan managers to take over to pursue defaults once the payment pause ends. .)

There are hidden costs, even when the government is able to collect the money.

One of the department’s most successful — and draconian — collection mechanisms is the Treasury’s offset program, which seizes government payments. In 2019, the Treasury Department seized nearly $4.9 billion in tax refunds and other payments to pay off student loan debt, according to an analysis of Treasury data by the Seldin/Haring-Smith Foundation. . The biggest chunk, nearly $1.7 billion, came in February – the prime filing time for people collecting the Earned Income Tax Credit, a support measure for low-income families and medium.

“The social safety net is meant to protect people from crushing poverty,” said Abigail Seldin, CEO of the foundation. “It is not intended to reconcile public debts.”

Many faults, especially those that have lasted for decades, involve murky situations that can be nearly impossible to untangle. Walter Jones, 65, didn’t even know he had an overdue loan until the government confiscated part of the Social Security survivor benefits he applied for in 2018 after his wife died.

When her first checks arrived, Jones discovered that $134 of her monthly payment of $891 was being held back to pay off a $4,000 debt for a program at Sutton Business School, which closed decades ago. He had never heard of the school and insisted he had never attended it.

In the late 1980s, when the loan was taken out, Jones was in a job training program and filling out a mountain of paperwork. His attorney, Tyler, suspects someone faked or tampered with the loan application — a tactic many for-profit schools have been busted for. Tyler filed two claims challenging the validity of the debt; the government denied both.

Jones, an Army veteran who spent 30 years as a school bus driver but stopped working during the pandemic, finally got some respite when the payment freeze halted the seizure of his checks. He hopes Biden will keep his campaign promise to eliminate $10,000 in debt per borrower. It would save Jones the work of further contesting his debt or enrolling in an income-driven plan, which would require him to recertify his income every year for two decades.

“I don’t want to have to deal with it,” he said. “It’s depressing. Exhausting too – very, very exhausting.

This story originally appeared on nytimes.com. Read it here.

The Ultimate Guide to Car Insurance with Progressive SR-22

How to get a loan with a 500 credit score

All recession warnings this week

How can young people start building their credit history?