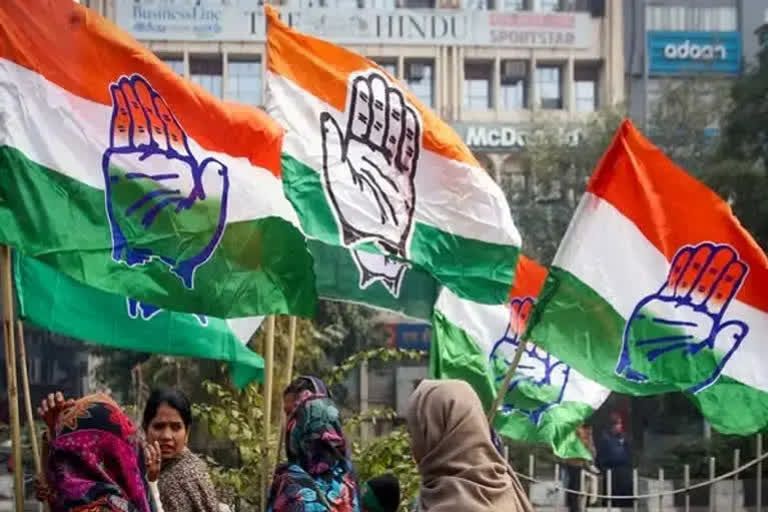 The main opposition party, Congress says social protection schemes like the Food Security Act, MGNREGA and others that are designed to lift people out of poverty are not freebies and alleges that the cancellation loans is the real gift.

The party said that based on the Food Safety Act 2013, the BJP government distributed free rations to 80 million citizens during the corona outbreak. Indirectly, the National Food Security Act also obliges the government to purchase food grains from farmers at the minimum support price (MSP).

The party says small sums or aid given to the poor are classed as gifts, while gifts that wealthy friends of the government get through low tax rates, write-offs and exemptions are classed as incentives necessary, that is our question in government. The results are also known on all this assistance provided by the UPA government – ​​due to the midday meal program, the gross enrollment rate in public schools has doubled.

He said the Mahatma Gandhi National Rural Employment Guarantee Act 2005 (MGNREGA) guarantees every rural household a minimum of 100 days of employment in a financial year. During the lockdown, when millions of people were forced to migrate from cities to their villages, MGNREGA provided work.

As of May 2022, 3.07 million families have applied for employment under MGNREGA. Despite this, the government has reduced the allocation for MGNREGA to Rs 73,000 crores for the current financial year.

Congress Spokesman Gaurav Vallabh said: “While programs such as the Food Security Act, MSP for Farmers, MGNREGA, MDM are free and much discussed, when there will there be a discussion about the loss of Rs 1.45 lakh crore per annum to the government due to reduction in corporate tax rates.”

The party said small amounts or aid given to the poor are “freebies” (revadi), while gifts rich friends get all the time through low tax rates, write-offs and exemptions are “necessary incentives” (Gajak).

“We are not against the National Food Security Act, because of which 60% of Indians are getting a free ration during the pandemic. We are not against giving MSP to farmers; ‘Muft Ki Revadi’, we see them as an outstretched hand, as making them a partner in our country’s growth story.”

Congress said it was against “Giving Muft Ki Gajak”, which the government is providing through corporate tax cuts, by causing a loss of Rs 5.8 lakh crores to the public treasury, while the Public sector banks had transferred Rs 7.27 lakh crores in loans written off account. So we are against that. We are not against the empowerment of the people.

“So we’re not against those things. We’re against ‘Jhooth Ki Gathri culture’, when someone advertises something without proper homework, without proper understanding, just for a sounding gimmick, we’re against that culture If you advertise something, there should be solid study, solid research and solid experience to give the answers to all the questions. I can’t say “Sabko 5,000 Unit Muft Bijli De Dunga”. I should give the finance details for this, how is this going to be possible, where am I going to get the electricity from, who is going to be the beneficiary We are against the culture of ‘Jhooth ki Gathri’, we are against the culture of smoke and mirrors. That’s our position on that.”

The party alleged that loans amounting to Rs 9.92 lakh crore had been written off by banks over the past five years, Rs 7.27 lakh crore is the share of public sector banks.

Even assuming that the recovery of the written-off loan will increase to 20% in the coming time, the public sector banks failed to recover the loan of Rs 5.8 lakh crore. It is important here that if the debt of public sector banks flows, then the taxpayers’ money of the country flows.