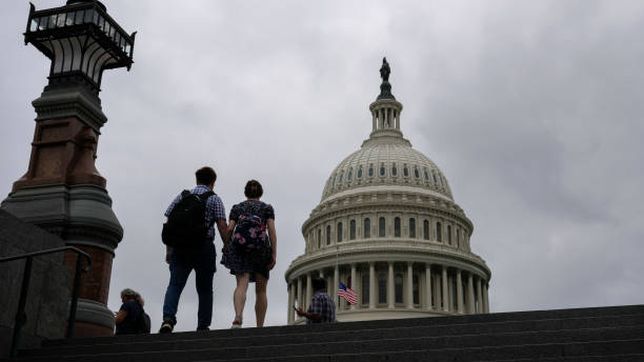 Fourth Federal Stimulus Check: Amounts, Requirements, and What I Need to Know

The covid-19 pandemic has produced a once-in-a-century situation, with fingers crossed over monkeypox, which has resulted in a unprecedented response from local, state and federal governments. Borders have been closed, factories and businesses closed and people have been told to stay at home unless going out is absolutely necessary.

This, however, sent the economy into a tailspin, with unemployment reaching levels not seen since the Great Depression. To avoid a repeat of this dark moment in history the federal government has taken action beyond anything seen before to avoid total economic collapse.

Many programs have been put in place to support the finances of businesses, households and social programs, inject large sums of money into the economy. One of the best known and sought after are stimulus checks or economic impact payments by their official name.

During the worst of the pandemic, the US government sent eligible Americans three direct payments for up to $3,200 in total. The U.S. economy has since recovered, the fastest recovery from a depression in history, and unemployment is now close to pre-pandemic levels.

Inflation is now the problem to be solved

This and the skyrocketing inflation the economy has experienced, among other factors, are why there will be no fourth federal stimulus check. However, those who did not receive the full amount to which they were entitled can still claim the recovery rebate credit from the tax year in which the stimulus payment in question was sent.

Rising prices, due to pandemic-induced supply chain disruptions and to some extent massive financial stimulus, on the other hand have become the question of the day. To counter the rising cost of living for residents, states have taken steps to ease the financial burden on households in their jurisdictions. And depending on the results of the midterm elections other federal government measures could be considered to help families cope with rising costs.

Consumers aren’t getting the full benefit of gas tax holidays, according to a recent analysis by nonpartisan Penn Wharton budget model, which looked at the suspensions in 3 states through mid-May. Instead, they have to share the savings with gas suppliers. https://t.co/u8rL5e1YzB

Financial aid still available and which could come

Consumers felt the impact of inflation at all levels but maybe even more at the grocery store and when filling up with gas. The latter prompted six states to take specific action through gasoline tax exemptions to reduce the price at the pump or, in the case of California, a refund of the gas tax. essence.

At the national level, no such measure has been implemented since it had to go through Congress and since the Senate is evenly split between the Republican and Democratic caucuses, passing legislation may be for the least difficult. However, the prospect of Democrats getting more seats in the upper house seems more likely than just a few months ago. as inflation slows, largely due to continued declines in gasoline prices.

Should Democrats avoid a rout in the House of Representatives and get a stronger majority in the Senate, they could try to advance some of the agendas that were part of President Biden’s plan to helping families pay for child care, elder care, health care and renewing the expanded child tax credit.

Last on the list sent families with eligible children monthly advance payments on a tax credit that families can claim when filing their annual returns. It has been highly touted among Democrats and supporters for easing economic hardship for families and reducing poverty.

An Ultimate Guide to Getting a Loan Against an FD