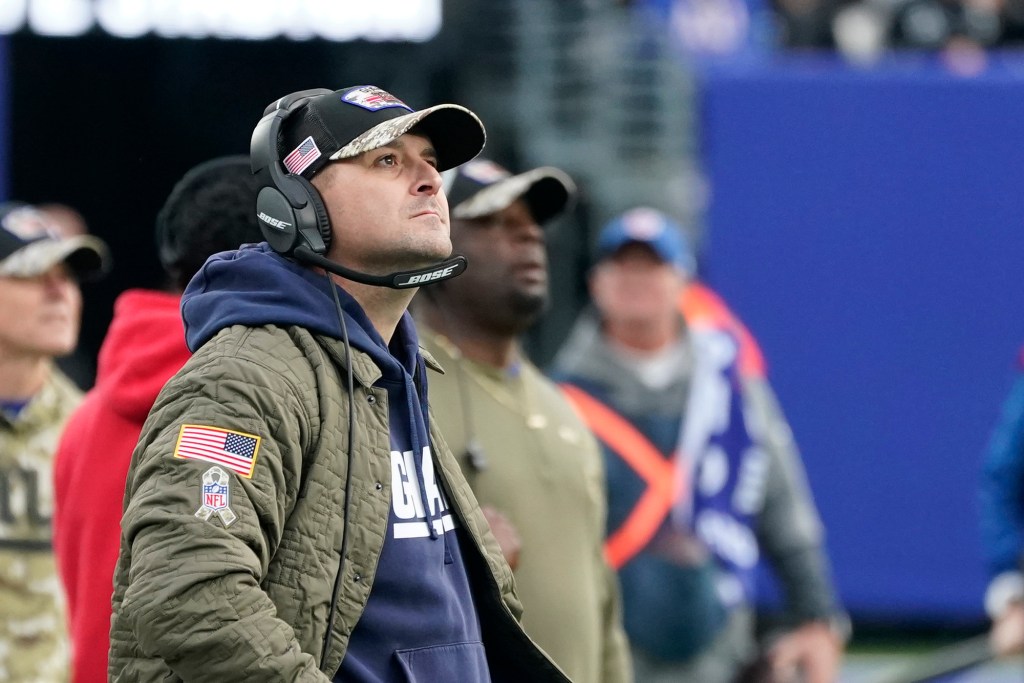 Give credit to Joe Judge

Noting the Giants’ 23-16 win over the Raiders on Sunday.

Generating 245 total yards will make you beat much more often than not. A single turnover (Daniel Jones fumble) and ball control via 149 rushing yards was just enough. Kudos to Devontae Booker (21-99) and when he came out, kudos to Eli Penny (5-35) running behind a surprisingly effective offensive blocking run line. Jones (15 of 20) threw for just 110 yards and rarely (four targets total) threw to his wide receivers. Lt. Matt Peart was beaten hard by Yannick Ngakoue for a Jones hit, sack and lost fumble. TE Evan Engram was finally targeted from the back of the field and he responded by passing safety Johnathan Abram for a 30-yard TD on a perfect pitch. Scoring 16 points is usually not enough.

The Raiders totaled 403 yards but were just 4 of 12 on the third down. At times, Derek Carr (30 of 46, 296 yards) watched in the pace but was intercepted twice by Xavier McKinney. The Giants were expecting play like this from McKinney, who baited Carr on a 41-yard intercept return for a touchdown to start the third quarter. There was a huge rotating tackle from Logan Ryan to knock down Josh Jacobs on the Giants 7-yard line in the fourth quarter. Rookie Quincy Roche got his first career sack and forced a fumble to seal the victory. Tough start for CB James Bradberry, who was beaten for a short touchdown pass to Hunter Renfrow and was flagged for illegal contact in the first quarter. TE Darren Waller (7-92) did a lot of damage but didn’t enter the end zone. The Raiders are averaging 5.9 yards per rushing attempt. Late defensive stance is not the norm around these games.

Graham Gano, aka Mr. Automatic, went 3-for-3 with baskets from 35, 32 and 38 yards. Keion Crossen committed an unnecessary 15-yard roughness penalty when he tacked punter AJ Cole after the play. Not smart. Newly signed Pharoh Cooper goes north to south as a returner and took a 12 yard punt in the first quarter and went 13 yards on a second quarter return. Riley Dixon dropped a 58-yard punt early in the second quarter that Crossen for some reason prevented from rolling over the Raiders 13-yard line. Dixon put his three kicks inside the 20.

Joe Judge got his team through a tough week filled with all manner of COVID-19-induced scares, but there was no sign of a lack of focus. Offensive coordinator Jason Garrett used a decidedly conservative game plan, building on running play and throwing to tight ends. He produced enough points, barely. Patrick Graham continues to allow his opponents to rack up yards, but his ploys keep them out of the end zone. He is able to integrate young untested players and get results.

Liz Weston: Can my brother or anyone get a copy of my credit report?