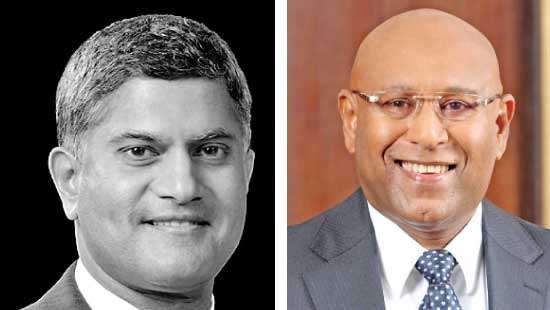 
Massive provisions made against possible loan defaults and investments in government dollar bonds resulted in a loss for the National Development Bank PLC (NDB) in the three months to September 2022 ( 3Q22) as the bank prepares to further calibrate its near-term growth targets to reflect evolving macroeconomic challenges.

The development lender turned commercial bank in its own right reported net interest income of 7.32 billion rupees for the July-September period, up 31% from the same period last year, the bank having wisely managed its assets and liabilities to improve returns amid soaring interest rates.

The bank provided 8.29 billion rupees against possible bad loans and other financial assets denominated in foreign currencies for the quarter, compared to 2.50 billion rupees in the same period in 2021, as the economy collapsed in March, driving up interest rates. adding stress to the borrower while inducing the government to default on its foreign currency debt.

This was large enough to wipe out the profit and tip the bank into a loss of 1,083.46 million rupees or a loss per share of 2.85 rupees for the three months to September, compared to profits of 1 .87 billion rupees or 6.78 rupees per annum. share in the corresponding period of last year.

This was large enough to wipe out the profit and tip the bank into a loss of 1,083.46 million rupees or a loss per share of 2.85 rupees for the three months to September, compared to profits of 1 .87 billion rupees or 6.78 rupees per annum. share in the corresponding period of last year.

Fee and commission income also fell 9% to Rs 1.64 billion in the quarter from a year ago, reflecting subdued lending activity in the quarter as banks tightened credit standards, effectively turning off their lending taps to minimize the fallout from defaults that result from any new loans made in an economy that remains unbalanced.

Meanwhile, the bank reported a net trading gain of 438.76 million rupees for the quarter, down 51% from a year ago, while other operating income was recorded at 225 .1 million rupees, up 233%, mainly attributed to revaluation gains on the bank’s foreign currency denominated reserves, due to the sharp depreciation of the rupee against the US dollar. Commenting on the performance, the bank’s director and CEO, Dimantha Seneviratne, identified the conditions facing the country and the bank as unique and unprecedented. The bank increased its total loan portfolio by 74.1 billion rupees or 14% in the nine months, which includes the impact of converting foreign currency loans after the collapse of the rupee earlier this year.

Loans in rupees increased by 26.9 billion rupees or 6%. The bank’s impaired or non-performing loan ratio stood at 5.75%, up slightly from 4.55% at the start of the year. Meanwhile, deposits increased by 18% or 97.3 billion rupees, although rupee deposits only increased by 5% or 20.8 billion rupees. Norfund, the Norwegian investment fund for developing countries, holds a 9.99% stake in the bank while the Employees Provident Fund held a 9.50% stake, being its second largest shareholder.