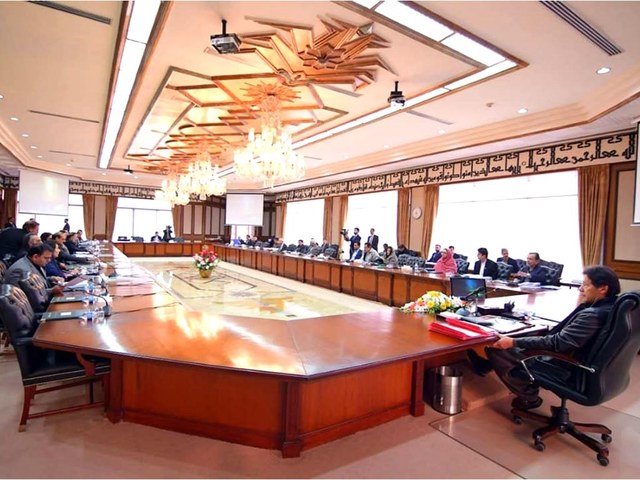 Kamyab Jawan program: disbursement of loans approved by the cabinet

ISLAMABAD: The Federal Cabinet has approved the disbursement of Rs 315 billion in loans to farmers and youth under the Kamyab Jawan program during the current fiscal year.

This is what the Minister of Information and Broadcasting Chaudhry Fawad said during a press briefing on the decisions taken by the Council of Ministers chaired by Prime Minister Imran Khan on Tuesday.

The minister said that under the Kamyab Jawan program, four million people would be targeted and details of the program would be shared by Finance Minister Shaukat Tarin, with the media later. He added that the federal cabinet also received a briefing on the overall economic situation and macroeconomic indicators.

Loans for the Kamyab Pakistan program: the government revises the guarantee downwards

The meeting was informed that inflation has declined; however, the current account deficit widened mainly due to increased domestic investment and business expansion.

He added that the meeting was further informed that credit to the private sector has increased to Rs 489 billion from Rs 75 billion last year, reflecting the expansion of investments.

He said that last year the current account deficit was $ 1.9 billion.

The government has cleared the duty-free importation of 61 Covid-related items, the minister said, adding that the federal cabinet has been informed that machinery imports have increased by 11% and LSM growth has been recorded. at 14.6%, while foreign exchange reserves and exports were all-time high.

At the start of the meeting, Fawad said the prime minister was informed of the arrival of 23 Pakistanis from Saudi Arabian prisons.

So far, he said hundreds of Pakistanis, who were languishing in jails for petty crimes in prisons in various countries, have returned.

The minister said the prime minister has a special affection for overseas Pakistanis and suspended all Pakistani embassy staff in Saudi Arabia for mistreating Pakistani prisoners and punishing them after investigation.

He said the prime minister had also been briefed on the latest progress on the electronic voting machine.

Fawad said the AJK prime minister was in power in the recent AJK elections and wielded all power, including the use of funds, but when his party lost the election he lost. started making allegations of election rigging.

Likewise, he said, the PTI had lost a 10-seat by-election, but when it won a provincial seat election in Sialkot, the PML-N started making allegations of rigging and wanted find out what other solution to the problem was available other than electoral reforms to define a democratic system.

The minister called Shehbaz Sharif’s offer of cooperation with the government “welcome” and said the government would speak to MPs and not to those who sit abroad, adding that Nawaz Sharif, Altaf Hussain and Maryam Nawaz n ‘have no right to lead their party.

The prime minister, he said, ordered the Capital Development Authority (CDA) to protect green spaces in the federal capital and any construction in the national park would not be tolerated.

The federal cabinet was also briefed by the chairman of the Capital Development Authority (CDA) regarding the removal of encroachments in sectors E8 and E9 in Islamabad, the minister said.

Chaudhry said the prime minister had issued “strict guidelines” regarding the protection of green spaces in the capital. “The navy and the air force have been ordered to remove the encroachments,” he added.

The prime minister ordered action to remove encroachments by “powerful people,” he said, stressing that the government “would not allow any occupation” of land.

He said the forces have been urged to take their limits behind the green spaces and that action has also been taken against the encroachment by Sardar Tanveer Ilyas of the PTI, who is a member of the AJK legislature.

The minister said the federal cabinet also authorized the extradition of Mujahid Pervez to the United States who was wanted in fraud and corruption cases.

He said that there are allegations of corruption and fraud against Mujahid Pervez and this was proven by the investigation by the additional deputy commissioner and that he was handed over after investigation.

The minister said that there is an extradition treaty between the United States and Pakistan.

Speaking about the Covid situation, he said Prime Minister Imran Khan had been informed that 35% of the eligible population in Rawalpindi and Peshawar had been vaccinated, followed by Faisalabad at 28% and Lahore, Gujranwala, Sialkot and Sargodha in 27%.

While blaming the “bad governance” of the Sindh government for the “deterioration” of the Covid-19 situation in Karachi and Hyderabad, he said the percentage of people vaccinated in the two percent of cities was low compared to the rest of the country.

NNI adds: The Minister said that around four million young people will benefit from the initiative to set up their own businesses, which would help strengthen the country’s economy.

He said that young journalists will also be included in this program.

The minister said that the CDA chairman had briefed the Cabinet on measures taken against encroachments in sectors E-8 and E-9 of Islamabad. In this regard, the Prime Minister ordered to take all possible measures for the restoration of green spaces in Islamabad.

He said Energy Minister Hammad Azhar briefed the Cabinet on the current energy situation in the country. He was told that power cuts during June and July of this year increased due to high demand and poor distribution system with previous governments not focusing on this sector.

The Information Minister said the Federal Cabinet also approved setting the support price for cotton at Rs 5,000 per 40 kilograms.