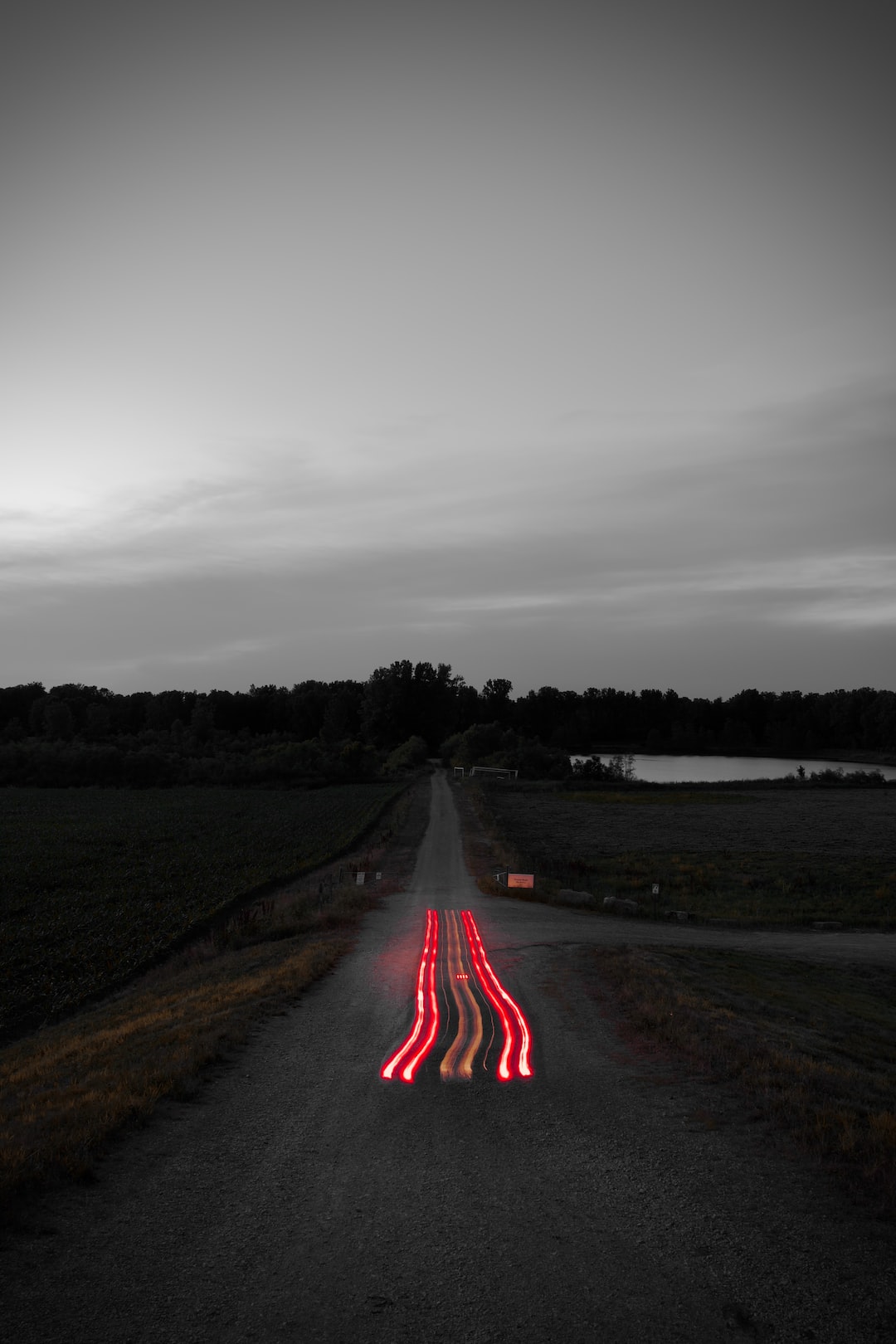 Serbia’s delicate dance with the EU and China

Serbian President Aleksandar Vučić has made numerous statements suggesting that membership of the European Union is “of the utmost importance” for his country. At the same time, however, it has stepped up its relations with China, an alliance that could stifle its European ambitions. Why would Vučić waste Serbia’s opportunity to become an EU member state? Why should this be important for the US and the EU?

After many years of opposition to the EU, Vučić apparently turned a corner in 2008, when he broke with the nationalist and anti-EU Serbian Radical Party (SRS) and co-founded the Serbian Progressive Party (SNS).

At the time, Serbs began to imagine themselves in the EU. SNS studied the data, incorporated pro-EU messages into its political campaigns, and quickly became popular. Overnight Vučić opportunistically transformed his nationalist-Eurosceptic image into that of a Europhile.

Vučić’s tune has changed in recent years. On March 15 this year, for example, Serbia had only 27 confirmed cases of COVID-19 infections, but Vučić declared a state of emergency. He accompanied what might otherwise appear to be a cautious preventive measure with harsh words for the EU: “European solidarity does not exist,” he said, adding that Serbia’s only savior is China. . This was arguably Vučić’s most explicit comparative expression in favor of China versus the EU.

Over the following weeks, China provided medical supplies and equipment to Serbia, and in return, pro-government media plastered pro-Chinese messages all over Belgrade. A video of Vučić enthusiastically embracing the Chinese flag has gone viral.

More recently, in the framework of the Belgrade-Pristina dialogue, Vučić said:

You can talk to some people in Europe as much as you want, but believe it or not, they never really hear you. They have their agenda, and for them, an excellent Serbian president would be the one who would accept all their demands, pressures and blackmail.

Obviously, the President seems frustrated with the EU.

You scratch my back, I’ll scratch yours

During the 1990s, China built up a lot of political credit with Serbia. At the time, China abstained from numerous United Nations (UN) Security Council resolutions that criticized Serbian atrocities in the region. In 1999, China also opposed the North Atlantic Treaty Organization’s Operation Allied Force against Serbian targets over Serbia’s attack on Kosovo. China even suffered three casualties when the alliance accidentally bombed the Chinese embassy in Belgrade. Serbia and China share a feeling of being a victim of this incident. The site of the former Chinese embassy is set to become a new Chinese cultural center which, in addition to two Confucius institutes in Serbia, will further extend China’s soft diplomacy and propaganda.

Moreover, unlike most EU member states, China has refused to recognize Kosovo’s sovereignty since it declared independence from Serbia in 2008, a crucial issue from Belgrade’s point of view.

In return, Serbia also supported China. Belgrade supports the one-China policy towards Taiwan; Vučić’s party vice president last December accused the United States of “pouring fuel on the fire” in reference to Hong Kong’s Human Rights and Democracy Act; and in July 2020, it was the only European country to have signed a joint declaration at the UN Human Rights Council with countries like North Korea, Iran and Zimbabwe to defend the “genocide »Chinese against the Uyghurs.

But for Serbia to join the EU, Belgrade must align the country’s foreign policy with that of Brussels. Last year, Serbia only aligned on 57% of EU declarations, against 99% harmonization in 2012. On issues related to the situations in Ukraine, Syria, Myanmar, Iran, in Belarus, Hong Kong, Burundi and Zimbabwe, Serbia’s positions are closer to Russia and China than to the EU.

Vučić’s anti-EU and pro-China speech he gave in March at the start of the pandemic gave the impression that the Chinese partnership is more important than the EU. The reality is that Serbia’s relationship with the EU has been, and continues to be, much more important dollar for dollar.

Although difficult to measure, Serbia also enjoys a much more favorable investment climate due to its candidate status for the EU and the reforms it has had to undertake as part of this trip.

Trade between Serbia and China has experienced similar rapid growth. It stood at $ 1.18 billion in 2010 and amounted to $ 2.837 billion in 2019. The relationship, however, is heavily tilted in favor of China: Serbia only exported $ 329.2 million. to China while importing $ 2.5 billion from China, resulting in a huge trade deficit for Serbia. .

Moreover, statistics show that the EU as a whole is by far the biggest aid donor to Serbia, even though opinion polls show that most Serbs think China is the biggest contributor ( more details below). According to the EU, it provided EUR 1.539 billion in aid to Serbia through the Instrument for Pre-Accession Assistance for the period 2014-2020. A new report from the Center for Strategic and International Studies in Washington states that China is only the fifth-largest donor to Serbia and “has provided only about 12% of its pledged aid to Serbia since 2009 (6.6 million euros out of 56 million euros). . ”

Between 2017 and 2019, Serbia received € 5.5 billion in loans under China’s Belt and Road Initiative (BRI), more than any other state in the Western Balkans. Such borrowing creates a risk for Serbia to become increasingly vulnerable to Chinese debt trap diplomacy. Chinese loans are often opaque and have terms heavily biased in favor of the creditor rather than the debtor’s interest. According to Richard Crawford of the London-based International Institute for Strategic Studies, “[since] 2010, Serbia carried out at least 11 infrastructure projects for which it pre-granted funding with China and then awarded contracts to Chinese companies. Such an approach may also contravene EU competition and transparency regulations.

Why is the flag kissing?

Despite the advantages of economic relations with the EU, Serbia has the least pro-EU citizens in the Western Balkans and the most pro-Chinese citizens, not only in the region, but in Central and Eastern Europe. Vučić’s flag kiss and accompanying messages thus reinforced the impression of China’s goodwill towards Serbia.

A survey by the Institute of European Affairs in the week before Vučić’s anti-EU and pro-China speech in March found that 4 in 10 Serbs already felt China was the biggest foreign donor to Serbia, when only 17.6 percent thought it was the EU.

In another survey by the Center for Insights in Survey Research conducted before Vučić’s speech in March, Serbs were asked whether they would vote for or against joining the EU, and 50% of those polled responded. Yes. However, 39% and 46% of those polled rated China as “very favorable” and “somewhat favorable” respectively (85% in total), while only 20% (very favorable) and 43% (somewhat favorable) had the same opinion of Germany. , a key EU member state.

Vučić, therefore, is perhaps slowly preparing the Serbian public not to necessarily oppose EU integration, but at least to become indifferent to it. The more it strengthens the Perception China’s advantages for Serbia, the less likely the public will demand EU membership.

A popular Western assumption is that EU membership is the most important carrot in facilitating political and economic reforms in Serbia. While EU membership would be beneficial for Serbia as a whole, it may not serve the interests of Serbian ruling elites. Although Vučić publicly supports the idea of ​​EU integration, his growing authoritarianism, corruption and state capture threaten Serbia’s EU membership while returning membership to the EU. EU less desirable for him if his priority is to maintain these paths. China will not criticize him on any of these issues. But, for Serbia to join the EU, it will have to implement a series of reforms related to democratization, rule of law, transparency and market liberalization.

Essentially Vučić is developing what negotiating experts would call a “better alternative to a stronger negotiated deal” (BATNA). It gives the impression that there are many alternatives to the EU to develop the economy of Serbia. To be clear, China is not Vučić’s only response to EU membership. It is strengthening its BATNA by also pushing for the integration of the Western Balkans and the Russia-led Eurasian Economic Union, and by making very visible (and sometimes shady) bilateral agreements with Russia and the United Arab Emirates.

Vučić’s antics will have a very vivid impact on ordinary Serbs, both politically and economically. At the same time, for years the US and the EU have viewed the integration of Europe as a strategic goal expressed most clearly by the idea of ​​a “whole and free” Europe. Under current conditions, Serbia will not be included in this program, especially given the divisions in the EU on political issues related to the Balkans and enlargement, and in the absence of coordinated efforts between the states. United and the EU on China and the Balkans.