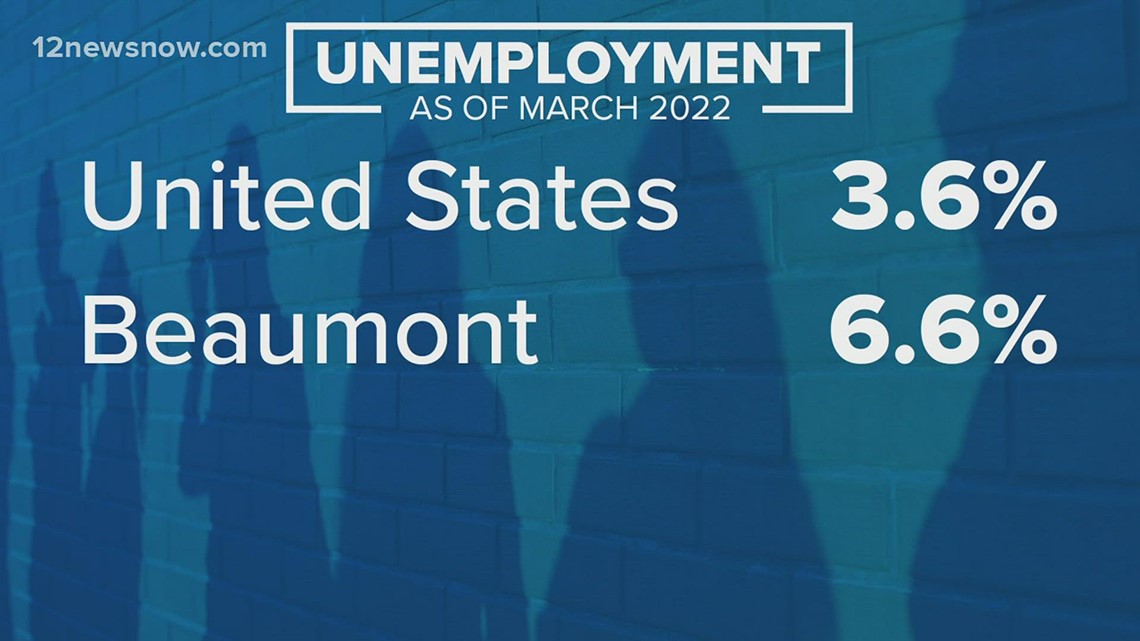 Financial experts said many people in Jefferson County are struggling and many families are living paycheck to paycheck.

“The fact that our unemployment rate is almost twice the national average drives down the median household income in Jefferson County,” said John McCollough, professor of economics at Lamar University.

Southeast Texans are facing financial stress due to the pandemic coupled with inflation.

McCollough believes several issues have caused such high unemployment, including refineries not operating at 100% capacity.

“There’s a tight supply of oil due to the Russian-Ukrainian war, and so maybe the refineries aren’t getting the amount of supply that they’re used to,” McCollough said.

McCollough said parts of the service industry are still operating without being fully staffed. The amount of money Southeast Texans earn may also play a role in their financial struggle.

“With prices rising so fast, so high, it’s eroding the standard of living for household members,” McCollough said.

Lori Higgins of Mobil Oil Credit Union said eight out of 10 American workers live paycheck to paycheck. Higgins said a sudden outlay of $300 or $400 could spell financial trouble for families in Southeast Texas.

“Which can lead to a lack of emergency savings. This can lead to credit card usage that you may not be ready to handle,” Higgins said.

Higgins said maintaining a high credit score is more important than ever for Southeast Texans.

McCullough said property tax increases during this period of inflation are adding an increased burden on Southeast Texans and others.

Southeast Texas depends on the refining industry. Oil and supply shortages and other factors have hurt people’s pockets.