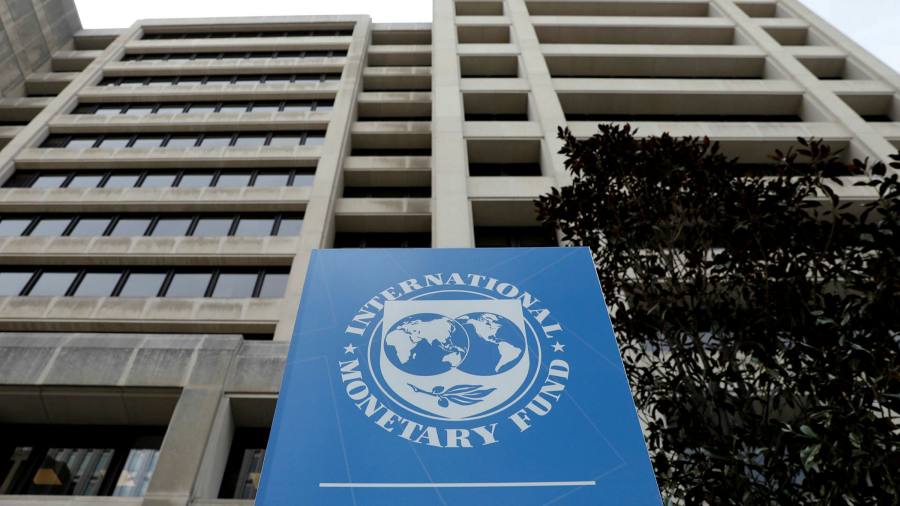 Updates from the International Monetary Fund

Sign up for myFT Daily Digest to be the first to hear about the latest news from the International Monetary Fund.

The IMF faces a great dilemma in its efforts to support the global economy at a time when it desperately needs it. Put simply, the fund’s problem is that most of the $ 1 billion it says it can lend is effectively unusable.

There were several notable accomplishments during the spring meetings last week. First, the Fund’s candid forecast for global GDP growth was a grim but valuable reminder of the scale of the crisis we are facing. Second, the wealthiest members of the organization will fund a temporary suspension of IMF payments for 29 very poor countries.

Last but not least, a boost to the fund’s main emergency facilities – the Quick Credit Facility and the Quick Finance Instrument – now makes adequate $ 100 billion in aid available to the fund. ‘a wide range of countries.

But the central problem is that most of the fund’s firepower is effectively inert. This is due to the idea of ​​“conditionality”, which underlies almost all of the IMF’s lending relationships with member states.

Under normal circumstances, when the IMF is a country’s lender of last resort, it insists that the borrowing government tighten its belt and exercise restraint in public spending.

This achieves three objectives. One is to stabilize the public debt burden, to ensure that the resources made available are not wasted. The second is to limit the foreign exchange needs of the entire economy, the scarcity of which prompted the country to seek IMF assistance in the first place.

And the third is to make sure that the IMF can be repaid. Since the Fund does not take any physical guarantees from the countries to which it lends, the tightening of the belt helps to act as a sort of guarantee.

In other words, it helps to maximize the likelihood that the IMF will not incur losses on its own loan portfolio, losses that would adversely affect the role of the fund within the international monetary system.

It is a very respectable objective. Walter Bagehot, the legendary editor of The Economist, established modern conventional wisdom on managing panics. Using a medical metaphor that seems oddly relevant today, he said that panic “is a kind of neuralgia, and by the rules of science you must not starve it.”

Dealing with a panic therefore requires lending to disaster-stricken borrowers “whenever the security is good,” as Bagehot puts it. The IMF had to invent its own form of guarantee, and conditionality is the result.

The problem, however, is that tightening the belt is a totally inappropriate approach to dealing with the current crisis. Countries are hit not because they indulged in irresponsible spending that led to a currency shortage, but because of a virus beyond their control.

Indeed, it would seem almost ludicrous that the fund is asking countries to cut spending at a time when, if at all, more spending is needed to keep people from dying or falling into the permanent unemployment trap.

The obvious solution to this problem would be to increase the amount of money any country can access from the fund’s emergency facilities well beyond the $ 100 billion currently available.

The Financial Times is making coverage of the major coronaviruses free to read to help everyone stay informed. Find the latest here.

But this kind of solution would quickly run up against the collateral problem of the IMF. The more the IMF makes genuine emergency financing available with few or no strings attached, the more it begins to undermine the quality of its loan portfolio. And if the IMF’s preferred creditor status were compromised, then an important part of the international monetary system would be threatened.

One solution could have been an emergency allocation of Special Drawing Rights, a tool last used in 2009. This would have allowed member countries’ accounts to be credited with new and unconditional liquidity that could be exchanged for the five currencies that Underpin the SDR: the dollar, yen, euro, pound sterling and renminbi.

This will not happen, however, since the United States strongly opposes it, for both good and good reasons.

So at the end of the day the IMF and its shareholders face a huge problem. Either it lends more money on easy terms without the “collateral” of conditionality, at the cost of undermining its own balance sheet; or it remains, in systemic terms, on the fringes of this crisis.

And as there will be dizzying increases in the public debt burden of many emerging economies, the IMF’s struggle to find a way to administer its drugs will certainly last beyond this cycle of the coronavirus epidemic.

Writer is Head of Emerging Market Economics at Citigroup

Video: Martin Wolf: Coronavirus could be worst economic crisis since the Great Depression